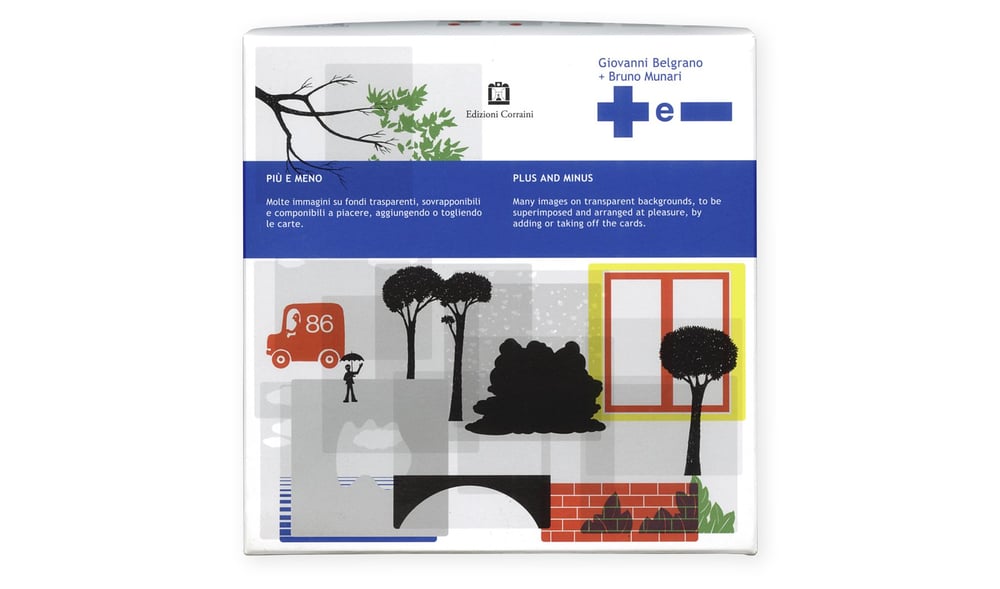 In 1968 Munari published The circus in the mist, in which he created fascinating images by using his own way the "seethrough" effect. The bright colours of the circus are preceded and followed by the veiled dullness of Milan’s fog: in this vague environment the blurred outlines of the figures become clear by leafing through the book. Two years later, in 1970, Munari dealt again with the theme of transparency by conceiving with Giovanni Belgrano Plus and Minus.

Not a book but a game, composed by several images on transparent backgrounds, which can be superimposed and mixed at one’s pleasure by adding or removing them. In these square cards the colour is perfectly balanced with the drawing, and together they tell stories. Stories which are bonded together by the imagination of the players, who can create countless combinations using the suggestions at their disposal, without predetermined rules.