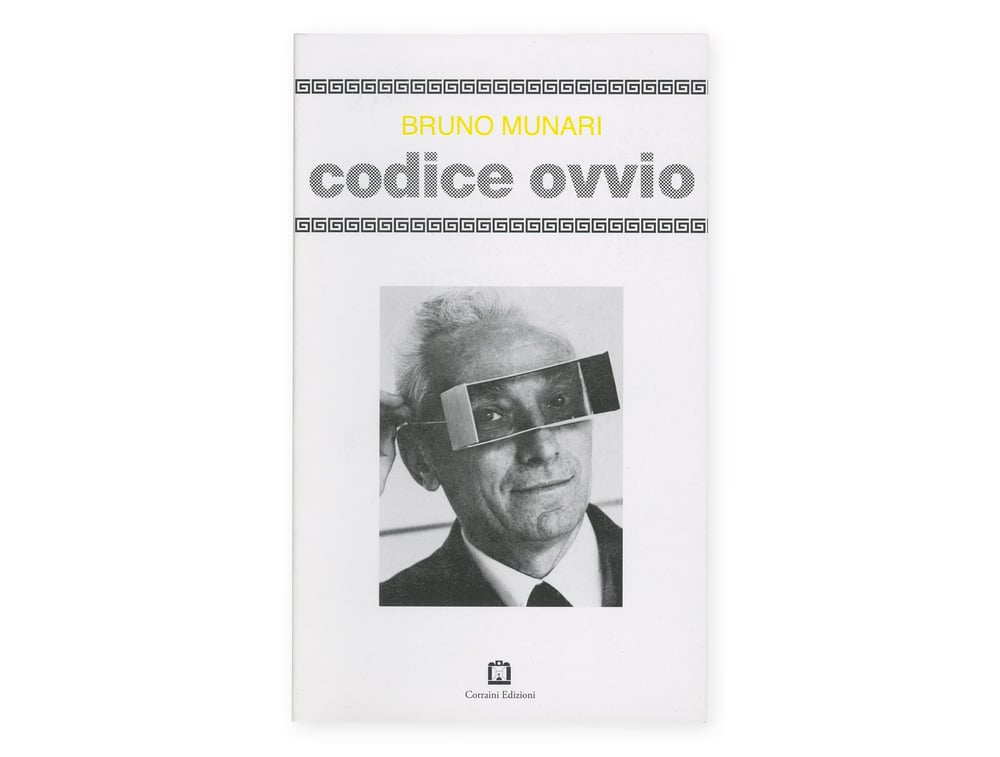 "The book was produced with extreme simplicity: from the observation that, among the many monographs, panoramic and condensed volumes, what was missing about Munari's work was a detailed and precise take from the man himself". Published for the first time by Einaudi in 1971 with a preface by Paolo Fossati, Codice ovvio is the volume through which Bruno Munari chose to put together the different pieces of his multifaceted output as an artist, graphic designer, writer, and designer. A dynamic self-anthology that gives us a clearer picture of his complex creativity. Codice ovvio is an itinerary that contains many of them and outlines Munari’s universe which is made up of words, drawings, projects and experimentation: a work that frames an artist who rejects labels, is sensitive to the artistic and cultural urgencies of his time and prophetic in interpreting tensions and sensing the future.

The edition published by Corraini is an expansion of the original 1971 edition published as part of the Einaudi Letteratura series, faithfully reproducing the cover. Providing us with the key to approaching the Codice ovvio is the critical text – already present in the historic first edition – by Paolo Fossati, scholar and art critic, teacher, and director of Einaudi. It is a book that, as Fossati points out, is not a catalogue of what the artist created, but rather a powerful poetic statement, a trace of what he had done up to that point, a note that he could relate without explaining what art meant to him, and his way of experimenting with it. “It's not a book about Munari, but by Munari”.